Looking at your incident statistics, it is clear where the big issues lie. I am guessing that the biggest number is for slips, trips and falls (STF). You are not alone. STF on the same level cause nearly 1/3 of non fatal accidents. It results in UK employers spending over £73 million each year for employees off work.    This is a serious problem world wide and in all industries, often resulting in broken bones and sometimes fatalities.

STF are also some of the easiest incidents to prevent. So why are we still suffering?

There are many blog posts written about slips, trips and falls.  This one is different as it gives the viewpoint of an investigator and former regulator.   We look at the advice given to IOSH Swiss Network in a webinar by STF expert, Rob Shaw.  Rob was the Technical Lead in STF at the UK regulator the Health and Safety Executive (HSE), where he spent over 14 years investigating incidents, conducting research and advising on STF prevention.

Rob tells us that one of the biggest problems is that STF are not perceived as serious – it can be seen as embarrassing or even funny to fall (we have all been there!)  The message is often ‘pay more attention because we can’t do anything’.   Whilst human factors have a part to play, there are usually quite simple and inexpensive solutions that could be put in place.  Almost all STF are preventable but often consideration is given too late.  “the biggest problem is that companies focus on slips, trips and falls after an incident rather than being proactive” says Rob.

Slips happen when you don’t have enough grip under your feet, causing them to slide.  They are more common and often more difficult to prevent than trips.  Effective control should consider the hierarchy:

Winter working in snow and icy conditions brings slip hazards.  Organisations often worry that if they clear areas and someone still falls, is the company liable?  During questions someone asks about a specific example walking from the car park on the way to work in personal shoes.  Robs advice is “Plan ahead.  Prioritise the most used car parks and traffic routes for clearing and gritting. When I was with HSE, it was the opinion of the regulator that you should do what you can.  It is difficult to completely eliminate this risk, make sure access and egress of well used routes are gritted.”

Trips are when you catch your footing on something.  Here we usually think of the trailing cables, boxes in the corridor and other housekeeping or maintenance issues.

Tripping on an uneven surface doesn’t take much – anything over 10mm should be seen as a hazard, with the bigger the change, the more likely the trip.    When deciding if action needs to be taken, consider the level of risk looking at factors such as how busy the walkway is.

Falls down stairs are where the most serious injuries occur. They are often under reported.  Rob says that in 2009/2010 UK statistics showed 2 fatal accidents reported from falls on stairs where as he personally investigated 6.  To try to quantify the problem Rob reports that the relevant British Standard in 2010 reports over 500 domestic deaths and 100,000 injuries in leisure environments  resulting from stair accidents.

Whilst human error is always involved at some point, reduce the risk by considering:

A common question is currently: does a ‘hold the handrail’ rule work?  The last few companies that I have visited have strongly enforced this company rule, with information at reception and posters on the stairs. The effectiveness of this is much debated.  Does Rob think it works?

“A well designed handrail has a 80% success rate of preventing a fall whether you were holding it before falling or not.  However, holding the hand rail prevents you holding things with both hands, and this lets a falling person grab the rail and save themselves rather than cling tighter onto the object they are carrying.  So ‘hold the hand rail’ is a good thing”

Rob’s tip on addressing behavioural safety is to focus on what is relevant and make it personal with the message that STF can be serious.  He has seen good examples of companies using previous accidents as learns learnt.  When someone slipped in a toilet, a poster was displayed showing the injured hand and with the message of how long that person was off work (no names given). From then on, the toilet was much tidier.

To get Rob’s full message, watch the webinar here 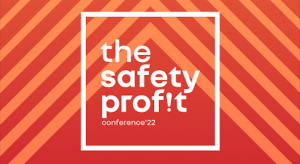 The Ghana Safety Profit Conference 2022 is the first event of its kind, bringing together EHS professionals from both Government and Industry.  This free of charge event encouraged networking, learning and discussion. It was so successful that we aim to host it annually.  Working together, we can improve workplace safety.

The IIRSM Risk Excellence awards 2022 were hosted by co-presidents Ruth Denyer and Callum Irvine.  The final award, the Presidents commendation, is hotly contested.  IIRSM members are nominated for their achievements over the past year.  It must be hugely difficult to choose just one winner! We are delighted that Edward 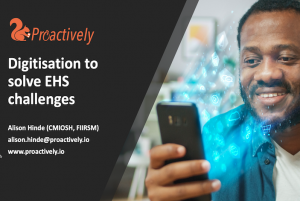 Thank you, IOSH West Africa, for inviting us to talk about ‘how digitisation can help EHS managers’. There was a lot of interest in this topic, as you can see from the 2 recordings below. The first shows just the presentation (45 mins). The second includes questions…and is 1h22 mins 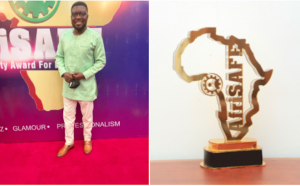 Congratulations, Edward ! Edward is a true leader. Whilst he already has an impressive list of qualifications and experience, he continues to push forwards, recently obtaining the Nebosh Diploma and starting a Masters in Business Law and Sustainability at Aberdeen University. He shares this knowledge generously though groups such as 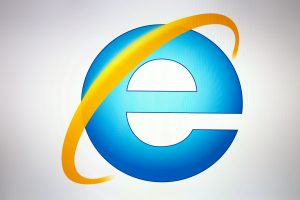 There is a good selection of browsers to choose from.  We all have our favourites alongside those we try to avoid at all costs.  At Proactively we test widely, so it is interesting to know which our customers use.  Market share in 2021 looks like: Source: Stat counter, Global Stats 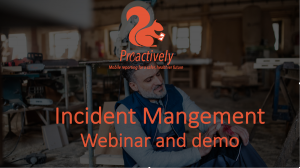 Incident management is one of the key tasks of an EHS Manager.  But is this something that you worry about?  Does it keep you awake at night? The consequences of getting it wrong can be very severe….and are usually quite visible ending up with a fine or a court case.